The December holidays are, in my professional and personal opinion, the most glamorous time of the year.  There is no question that women who wear holiday party dresses do have a merrier time - even if the weather outside is frightful!  There is something about putting on a festive frock that makes celebrating with family and friends special and memorable. Who can resist looking at what Hollywood celebs wear on the red carpet at Awards ceremonies.  Not I!  (Can't wait for the 2104 Grammy Awards coming in January!)  But I think December holidays rank just as high for celebrity spotting.  The decked-out stars look ever so glam for their special holiday performances so it never fails to boost my holiday spirits! (and hopefully yours too!) 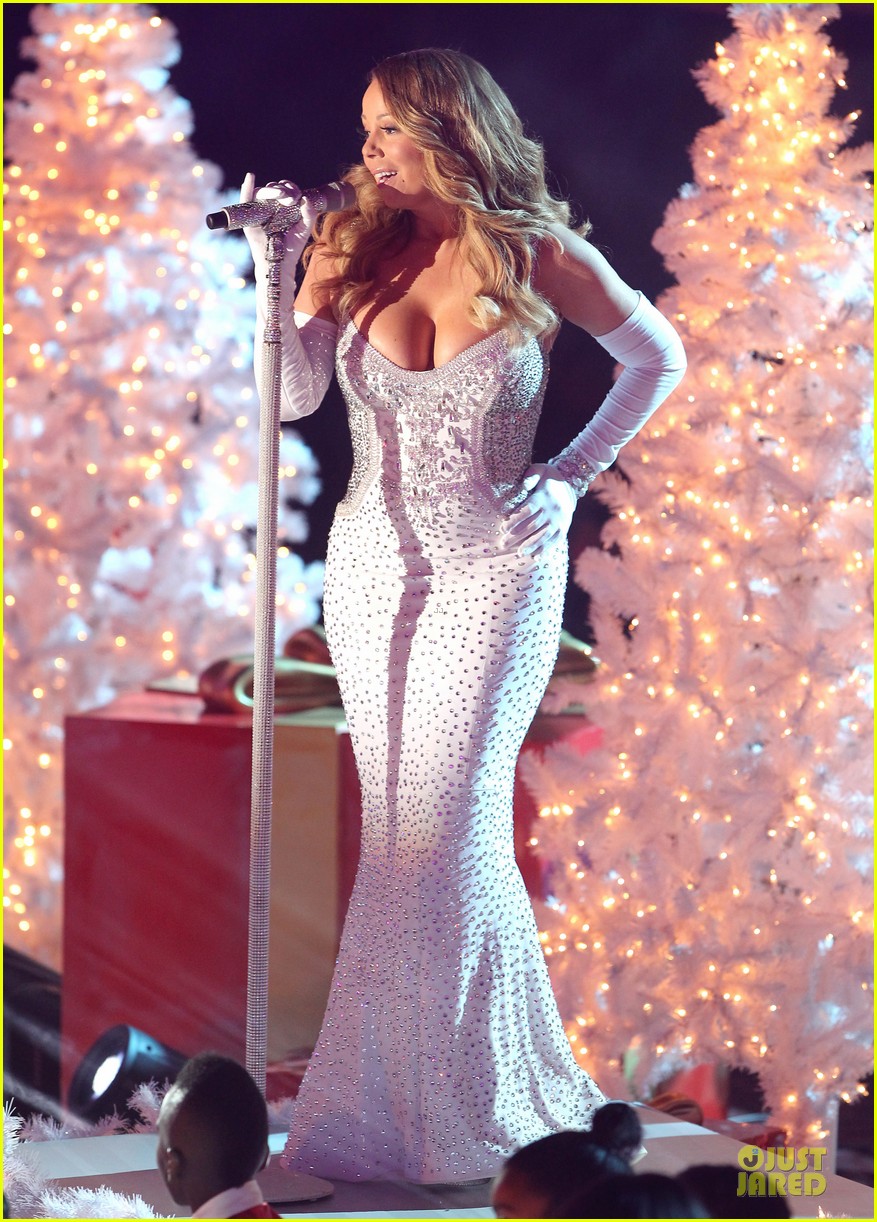 Not One but Two Gowns Who can resist seeing Mariah Carey wow the audience during her performance of "Joy to the World Christmas In Rockefeller Center" wearing  a festive fit- and flare- evening gown. The custom made design  hugs her amazing curves in all the right places.  Classic black elbow gloves warm her hands and arms and look oh-so  elegant.  A white fur shrug completes the holiday glam and adds a nod to styles of Christmas's past.  Not to be boring, she does a quick wardrobe change and re-appears looking sparkling in a striking strapless Mermaid evening gown in white with crystal embellishments for the tree lighting ceremony.  Blonde Bombshell

This year Kellie Pickler steals the show at the 2013 Country Music Awards (CMA) Country Christmas taped in Nashville, TN.  The 27-year-old singer dazzles the crowd in a curve-hugging sequin sheath.  The off-the-shoulder style looks so glam in gold, a color designers reserve for special occasions like Christmas and New Year's Eve.  Pickler pulls off a sexy siren look reminiscent of Marilyn Monroe's jaw-dropping appearance in "Diamonds Are a Girl's Best Friend".  Her short blonde curls styled to the side help- pull off the sexy blonde bombshell. The bright red lipstick only adds to glam made famous by Hollywoods Screen Goddesses of yesteryear!
Dreaming of a White Christmas One of my favorite traditions is  watching “White Christmas", the quintessential holiday American musical filmed in 1954.   It's something I dream of all year!  Don't you?  Irving Berlin's music is magical.  Bing Crosby's voice is dreamy and Danny Kaye's singing is romantic.  But it's the Haynes sisters' costumes that make me nostalgic for the days when everyone dressed up for the holidays - even if little kids. The late legendary costume designer Edith Head gets the credit for designing the Haynes sisters' feminine, pretty and oh-so girly wardrobe.  More than half a century later, the turquoise lace on this waist-hugging tea-length party dresses still looks so fresh and in fact, is very much in style!   Head, it turns out, created timeless designs when she dressed   Rosemary Clooney and Vera Ellen, the talented actresses who brilliantly played the Haynes sisters.
It's in the finale that Head captures the classic vision of Christmas when she dresses the entire cast in Cardinal red with white fur trim just as they snow begins to fall in Vermont.   It's a portrait of the best dressed holiday cast.  Perfect for the film that is remembered as the first to ever release Vista Vision, a negative technique that made film color come even more alive on the big screen. 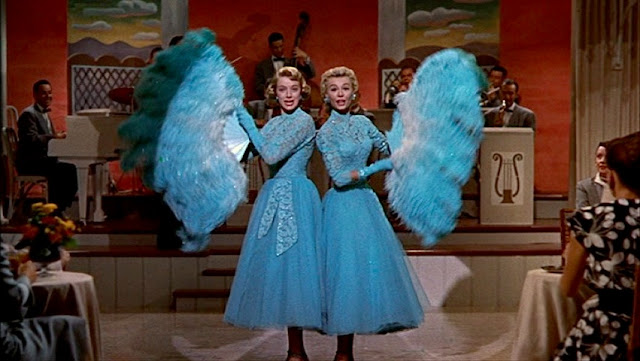 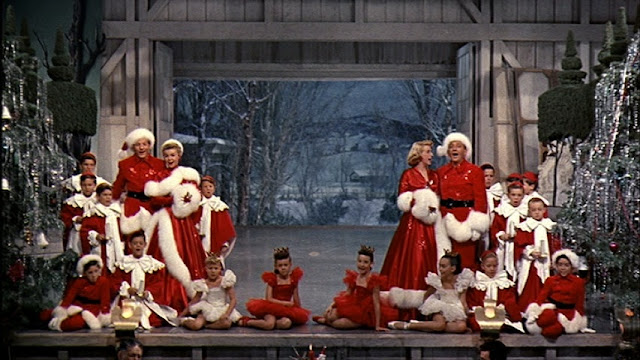 Not sure what to wear when you dress up for the holidays? Check out our tips to crack the holiday dress code.
← Older Post Newer Post →

is added to your shopping cart.

Close
Back to top